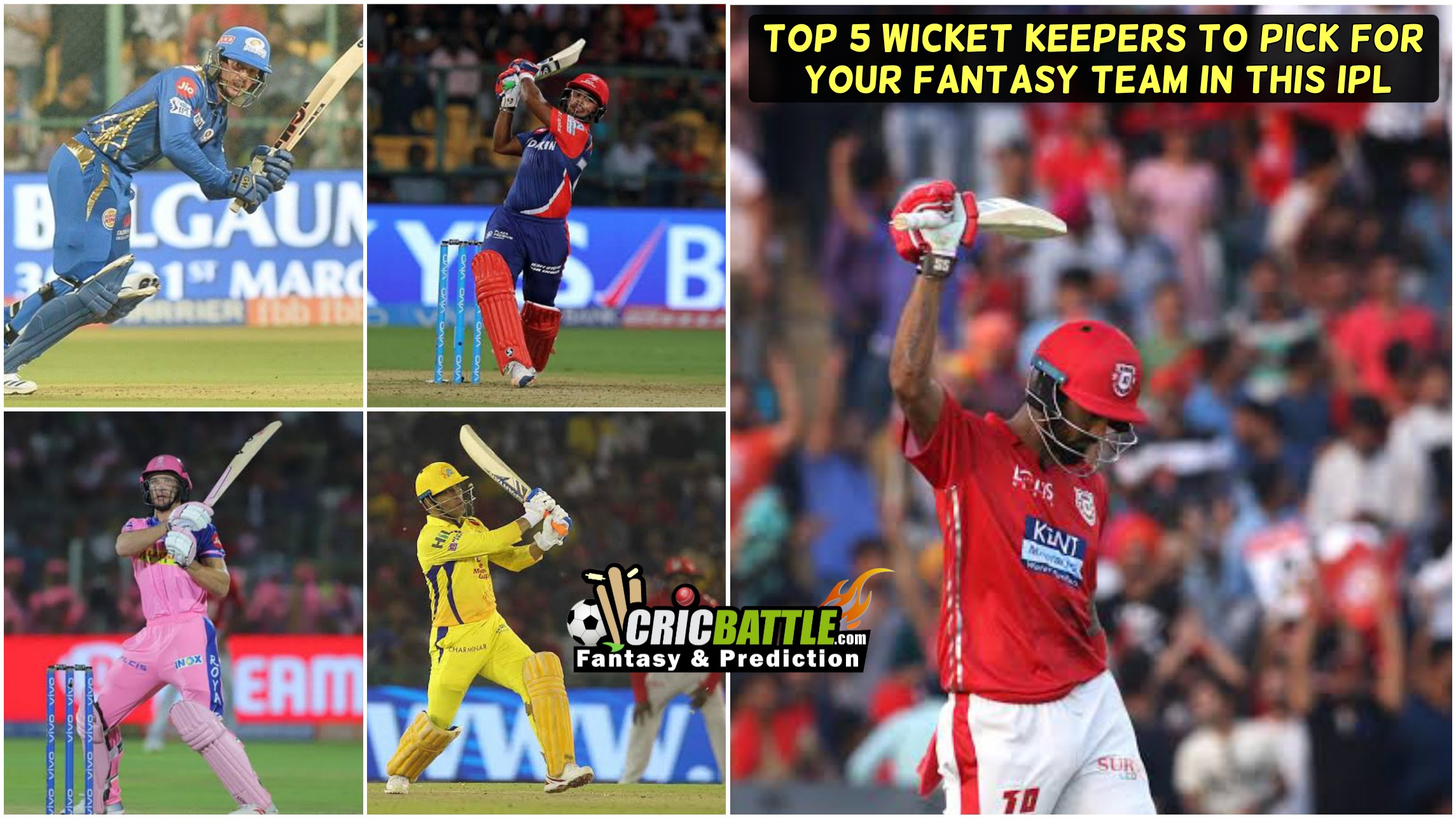 Top 5 Wicket Keepers to pick for this season on CricBattle

5.      Quinton de Kock – Mumbai Indians: The South African Limited Overs teams Captain and Mumbai Indians opening batsman Quinton de Kock is undoubtedly the best wicket keeper in the world at the moment when it comes to wicket keeping skills. He is in red hot form at the moment, de Kock led his team to a series victory against Australia recently where he led his team from front with the bat. Quinton de Kock joined Mumbai Indians in the 2019 season. His attacking style is exactly what MI needed at the top and the left-hander did provide them with some brisk starts which helped Mumbai Indians to win the 2019 IPL trophy. He bats in the power-play where he has the chance of making the most of the runs through boundaries which will give you some bonus points. Not only has De Kock got the power game, but he is also very good at finding gaps too and is one of the most dangerous batsmen to deal with during the power-play period. In the last IPL season he scored 529 runs in 16 matches with a strike rate of 132.91. He smashed 45 fours, 25 sixes, took 17 catches and stumped 2 batsman behind the stumps.

3.      Jos Buttler – Rajasthan Royals: Not only is Jos Buttler one of the best stroke players in the world, but Rajasthan Royals also makes the most of his abilities by slotting him right at the top of the order. Buttler is comfortable against both pace and spin bowling and since he has the opportunity to bat full 20 overs for the Royals, the chances of him putting on a big score for Rajasthan are quite high.

2.      MS Dhoni – Chennai Super Kings: MS Dhoni is one of the best in the business. He has fast hands and affects lightning-quick stumps and is safe as a house as a catcher. Moreover, he is one of the best finisher’s Indian cricket has ever seen. Dhoni’s numbers are simply fabulous. There’s no question about it.

1.     Lokesh Rahul – Kings XI Punjab: Kings XI Punjab may well have arguably the best wicket-keeper batsman in T20 cricket at the moment. It’s hard to look past KL Rahul these days in the shortest format. He’s been simply brilliant for the Indian team in the recent past. The Karnataka lad has taken over as India’s premier glove man as well. Moreover, Rahul has been superb in the IPL over the last couple of seasons and has consistently got runs for KXIP at the top of the order. He’s been their most important batsman. He will also lead the side this year.